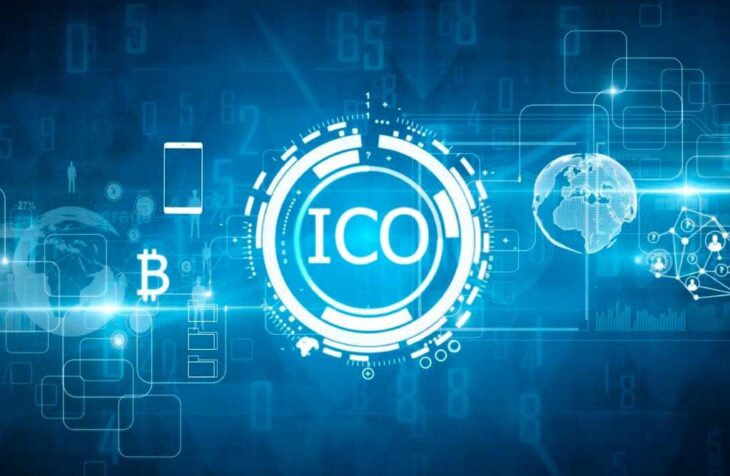 Not surprisingly, cryptocurrencies are now used all over the world and may take the place of fiat currency in all financial transactions shortly. One of the best examples of this rapid adoption of cryptocurrencies is crypto credit. Yes, best crypto lending platform has become a reality as more and more people believe that digital money is a safer and more secure investment than traditional money. Before we understand whether crypto can be used as collateral for a loan, let’s take a look at ICOs and other useful aspects of the crypto market.

What is Initial Coin Offering? It is an initial cryptocurrency offering to raise money. A startup company or startup does it. Almost the same as an initial public offering by a company (IPO). Initially placed coins are called altcoins.

By 2022, the price of altcoins had dropped several times. This arose because of projects that raised significantly more money than they needed for development and marketing. For example, a domestic startup raised $42 million at the ICO: they had to increase the number of tokens and reduce their value – because of this (and because of changes in the Ethereum exchange rate), investors received less than they had planned.

In 2020, a more transparent version of the ICO became known – IEO – an initial public offering of cryptocurrency, but under the control of the exchange. The risk of falling for fraudsters is lower: now it is not development teams that are looking for money, but the platform selects promising teams and looks for funding for them.

NFT is a non-mutually exchangeable token

It is a digital asset created on a blockchain. It can be in the form of digital artwork, character cards, things in games, photos, videos, and more. It is essentially a token created on the blockchain, guaranteeing the uniqueness of the item and the ownership of it from the owner.

How it works: A digital artist, the author of a meme or a tweet, creates an NFT work on a blockchain, which serves as the database for all transactions. The blockchain guarantees the originality of the non-interchangeable token.

Anyone can check the history of a particular NFT through the blockchain. By purchasing an NFT, the user receives a certificate for that work, tweet, or meme. It is this certificate that confirms that the owner has received the original copy of the object and is entitled to it.

NFT is most often mentioned after an artist sold several digital paintings and became a millionaire, or a digital copy of the world’s first SMS was auctioned off for tens of thousands of dollars. In 2021, technology was everywhere, from Prada, Lamborghini, and Nike to Coca-Cola, Visa, and the NBA.

After the wave of interest in NFT subsided in 2022, the technology began to be criticized. Mostly for the large number of projects where users invested millions, and they turned out to be fraudulent and shut down. As the market grew, attackers used other ways to defraud customers: fake NFTs that looked like popular ones, phishing, and bid-rigging scams.

NFT has also been criticized for harming the environment. Most NFT tokens are implemented through a platform that is proof-of-work. This means that computing for transactions requires expensive equipment that consumes a lot of electricity. Because of the large carbon footprint, some digital artists have already started to abandon technology.

Can you borrow against your cryptocurrency?

Yes, most lending platforms allow you to borrow other tokens or fiat money from them, as long as they are your wallet providers. This way, you manage your risk without hindering the growth of your cryptocurrency.

Which coins to lend?

Once you understand how cryptocurrency lending works, the next question you might want to ask is, “What coins can you lend?”.Despite the thousands of launched tokens, only a few dozen can be borrowed or lent. Stablecoins make up the majority of tokens that can be lent, but some others, such as Bitcoin or Ethereum, are also available on some platforms.

Before choosing which coins to lend, it’s important to consider your expected market returns, your risk tolerance, and current market conditions. Are there a few tips to consider before engaging in cryptocurrency lending?

Security is crucial – the first thing to look at on a cryptocurrency lending platform is not how much yield or how many people get caught up in the hype but how safe your funds are. It’s important to check for red flags and make sure your private keys are safe. Remember, the first rule of investing is capital preservation. Make sure you are working with proven platforms – check developers and their past projects before allocating your tokens to them. Any dubious information should not be trusted.

How does cryptocurrency lending work? On trust. Always remember that scammers are always looking to take advantage of this as quickly and efficiently as possible. In traditional finance, the higher the dividend you expect to receive on a stock, the riskier it is considered.

The world of cryptocurrency is the exact opposite. Stablecoins with less volatility have higher yields than crypto tokens. Due to different market cycles, the price of tokens fluctuates, but stablecoins stay true to their name (they remain stable). Before choosing which credit platform you want to use, there are a few things you should consider. Let’s take a look at the best cryptocurrency lending platforms and what makes them unique.

CoinLoan is an international fintech project founded in 2017 and based in Tallinn. The company offers adequate lending terms and helps to earn from cryptocurrency deposits. Everyone who has cooperated with this project speaks positively about the experience received.