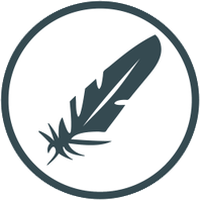 Feathercoin – There’s a New Kid on the Block!

A couple of weeks ago, a new cryptocurrency popped up over on Bitcointalk. The new coin, dubbed Feathercoin, initially looks extremely like Litecoin with the major difference being the amount of coin in potential circulation. Block rewards are set to 200 FTC as opposed to LTC’s current 50.

So, if Feathercoin is just a straight Litecoin clone, and Litecoin already struggles with getting the traction that Bitcoin has, what chance does Feathercoin stand in the world of cryptocurrencies?

The similarities between these coins are fare more than their differences, but there are some key aspects that may turn people towards Feathercoin.

First, there’s the freshness of the coin, and the initial surge of enthusiasm from early adopters drive the ecosystem of Feathercoin forward at an astonishing pace. Already, several exchanges like BTC-E and Vircurex have taken Feathercoin on board, and there are mining pools popping up everywhere.

The lack of adoption presents an opportunity for miners as well. People have mined the established coins for a long time, and with ASICs coming online, graphic card miners move from Bitcoin to Litecoin and drive the difficulty through the roof. Profitability of mining Litecoins has dropped almost 80% since early April (at the time of this writing, a month ago) due to the difficulty rise.

From a non-technical perspective, Feathercoin offers few differences for most people at this time. Beyond the name, which is actually quite funny if you’re into the community jargon, the main difference is that there will be four times as many Feathercoin than Litecoins.

Note: The name, Feathercoin, both indicates something lighter than Litecoin, but also plays on the Trollbox nickname of Alt-coins in general and Litecoins specifically, chickun. In other words, we have both feather and chickuns.

That actually brings me to the next point, which is something that I believe goes for any cryptocurrency that pops up.

Cryptocurrencies need diversity! Granted, the coins may look exactly the same at this point, but as the market matures, people will favor different characteristics of the coins.

The coins themselves may evolve and add new features or behavior, which may spawn further ideas that can bring about the next cryptocurrency revolution.

For Bitcoin, the big brother in this family, there are already a number of similar coins that have added different characteristics that the world is now evaluating.

Note: You may also want read my take on the different cryptocurrencies and why they are unique.

For Litecoin, however, which differs from Bitcoin in that it uses scrypt as its mining algorithm, there haven’t been a plethora of alternatives to help Litecoin evolve.

Feathercoin, and indeed some other coins that have appeared recently, also uses scrypt for mining and can thus be to Litecoin what Namecoin, Devcoin, Terracoin, PPCoin and the other SHA-based cryptocoins are to Bitcoin; helpful in evolution, but not in themselves and alone the future of cryptocurrencies.