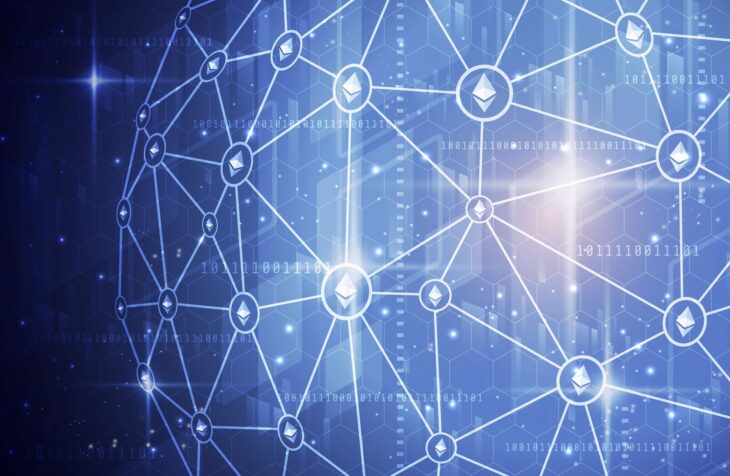 The Concerns Around Ethereum’s Decentralization and Censorship

Now another reason why the crypto markets have been on edge lately is because of concerns around Ethereum’s decentralization and censorship resistance after it transitions to proof of stake in mid-September.

Although Ethereum’s beacon chain has more than 416 000 validators liquid staking protocol (lido), Finance, Coinbase and Kraken collectively control more than 50 percent of the ETH being staked and if you include Finance it’s over 60 percent.

Now this makes Ethereum’s beacon chain more centralized than it appears to be and this trend of staking with third parties be they protocols or exchanges is only likely to accelerate after the merge is complete. This means that Ethereum could quickly become controlled by just a handful of validators or validator operators once it transitions to proof of stake which would obviously present a huge security risk for the crypto project.

What’s scary is that the potential security risks of such a setup pale in comparison to the potential censorship risks put simply the largest validators on Ethereum’s beacon chain could work together to reverse transactions freeze wallets and even delete decentralized applications from the blockchain. Now to be clear beacon chain validators would never do this voluntarily as it would do serious damage to Ethereum and their Eath stakes by extension.

However this is of little consequence to governments who are willing to do whatever damage it takes to see their laws enforced at the protocol level. If this were to happen then it would make Ethereum no different from the current financial system and it’s important to note this pressure could theoretically be applied to just about every cryptocurrency as even proof of work miners could be coerced into on-chain censorship.

Now for what it’s worth Coinbase CEO Brian Armstrong has made it clear that the exchange would rather stop staking ETH than be forced to implement laws at the protocol level, but would first try and resolve the issue by taking any such command to court. Now heartening as that may be to here it still doesn’t address the centralization and censorship issue that is staring ETH holders such as myself in the face as the merge approaches and this is why some members of the Ethereum community are going as far as to call for the merge to be postponed until these issues are addressed.

Now I can’t say I have the solution to the gradual centralization of Ethereum’s beacon chain given that it’s an issue that even affects proof of work cryptocurrencies like Bitcoin albeit to a lesser degree due to the economics involved with proof of work as for the beacon chain’s censorship resistance.

I reckon the solution is fairly straightforward slashing any validator that tries to implement laws at the protocol level should have most if not all their stake destroyed. Now it’s a draconian solution but it’s worth it to preserve censorship resistance in my opinion.

Then again this draconian solution could be exploited by governments to bring down cryptocurrencies of all kinds. It also doesn’t address another issue that Ethereum is facing and that’s the question of future forks which will apparently be determined by centralized stablecoin issuers such as Circle.

Now the solution on that side is similarly straightforward but not nearly as easy to accomplish and it involves creating a truly scalable and decentralized stablecoin that could serve as a medium of exchange within the crypto ecosystem.