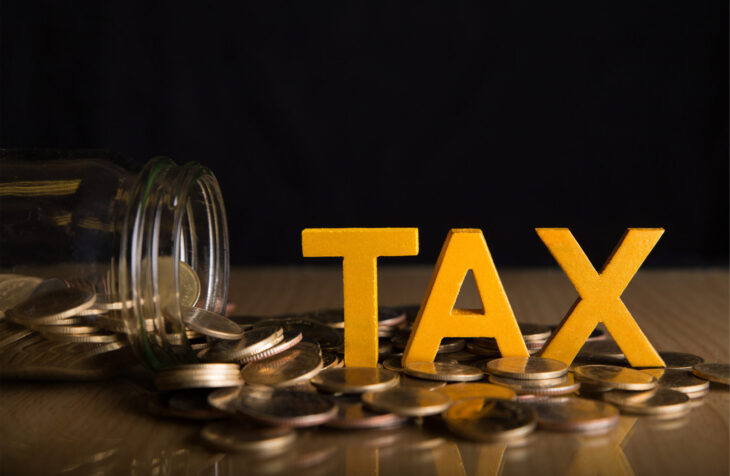 Bitcoin is now on exchanges and has been linked with several world currencies, such as the US dollar and the euro.

When the Treasury Department made note of bitcoin’s increasing significance, it indicated that bitcoin-related transactions and investments may not be classified illegal.

Here are some answers to frequently asked questions regarding Bitcoin taxes.

Do Bitcoin transactions have to be taxed?

To sum it up, yes- Bitcoin is considered an asset and is therefore subject to tax implications. The IRS has made it a requirement for taxpayers to report all bitcoin transactions- no matter the value. U.S. taxpayers are responsible for keeping track of all buying, selling, investing or uses of Bitcoin To put it simply: every little detail matters when associated with cryptocurrency and taxes. More than 10,000 letters were sent out by the IRS in 2019 to taxpayers it suspected of failing to report income and pay taxes from virtual currency transactions. The letter warned that penalties, interest, or even criminal prosecution could result from incorrect reporting of income.

What taxes are applied to different Bitcoin transactions?

Any of the following Bitcoin transactions are taxable:

Sale of Bitcoins, mined personally, to a third party.

If you mine a Bitcoin and sell it to someone else for a profit, you must pay capital gains taxes on the trade.

Sale of Bitcoins, bought from someone, to a third party.

If you purchase Bitcoin for money and then sell it for a profit, you must pay capital gains taxes on the transaction.

For example, if you paid for coffee using Bitcoin that you mined from home, then you’d have to pay taxes on the transaction. (The amount of taxes would depend on variables such as when you bought the coffee and how much Bitcoin was worth at the time).

Using Bitcoin, bought from someone, to buy goods and services

For example, if you withdraw Bitcoin from an exchange to your personal wallet and subsequently make a product purchase with it, you will be responsible for capital gains taxes.

The first and third options are taxed as personal or business income after expenses have been subtracted from the proceeds. The second and fourth scenarios are more comparable to investments in a physical asset.

If you bought a Bitcoin for $200 and then sold it later for $300, or if you used an equivalent value in goods, you would have to pay capital gains tax on the $100 profit from that transaction.

Do I have to pay taxes if I receive cryptocurrencies as payment for goods and services?

Salaries or payments received in cryptocurrencies are treated as ordinary income for tax purposes. The value or cost basis for the cryptocurrency is its price on the day at which it was used for salary payment.

Do I have to pay taxes if I am a Bitcoin miner?

Do I have to pay taxes when I convert from one cryptocurrency to another?

Classifying the conversion of one cryptocurrency to another as a like-kind transfer under Section 1031 of the Internal Revenue Code allows taxpayers to defer income tax on such transactions. However, in a Memorandum from the Office of Chief Counsel released on June 18, 2021, the IRS ruled that exchanges between different types cryptocurrencies do not qualify for thistax treatment .

In addition, the Tax Cuts and Jobs Act (TCJA) of 2017 ended that practice by confirming that like-kind transfers are only restricted to property transactions.

What are the tax implications when a blockchain undergoes a hard fork or cryptocurrencies are dropped?

Hard forks are changes to the protocol of a cryptocurrency that result in a new coin being created. Holders of the original currency may be given new coins, and this practice is also known as an airdrop. Airdrops are often used as marketing tactics by developers of new coins to induce demand and usage.

Prior to this, there were many unanswered questions in regards to the tax implications of hard forks and airdrops. For example, should they be classified as stock splits or dividends? Is an airdrop free income?

In a 2019 IRS decision, hard forks were defined as not giving rise to gross income if the wallet holder does not receive units of cryptocurrency. Airdrops, on the other hand, are taxable since they result in the receipt of new digital currency by a wallet owner after either a hard fork or through promotion by a coin’s marketers. The quantity and timing with which a crypto wallet holder receives the new coins influence the tax amount in this instance. Airdrops are taxed as regular income.

What are the tax implications of donating, gifting, or inheriting cryptocurrencies?

Bitcoin, Bitcoin Cash, Ethereum, Litecoin, and other cryptocurrencies are all treated equivalently in terms of how they can be used to support organizations. Donations are deductible. The fair market value of the cryptocurrency is determined by an appraiser based on its market price at the time. The donor is not required to pay any taxes on the gain. Gifts of cryptocurrencies valued below $15,000 do not result in income taxation. If a person receives a crypto present worth more than $15,000, they must sell it unless they wish to keep it as an inheritance for their heirs (in which case their cost basis remains unchanged). Cryptocurrency assets are treated similarly to other assets when it comes to estate planning; they are subject to the same estate tax rules as other assets.

What are some special considerations for cryptocurrency taxes?

The taxation of Bitcoin is more complicated than one might assume. The value of Bitcoin fluctuates rapidly, posing a challenge in determining fair market value for tax purposes. Furthermore, it is difficult to identify the most appropriate accounting method for cryptocurrencies under current IRS guidance. While LIFO and HIFO have the potential to lower taxes owed, the IRS has only approved their use in very few instances involving cryptocurrency trading. FIFO remains the most commonly-used method for crypto accounting at this time.